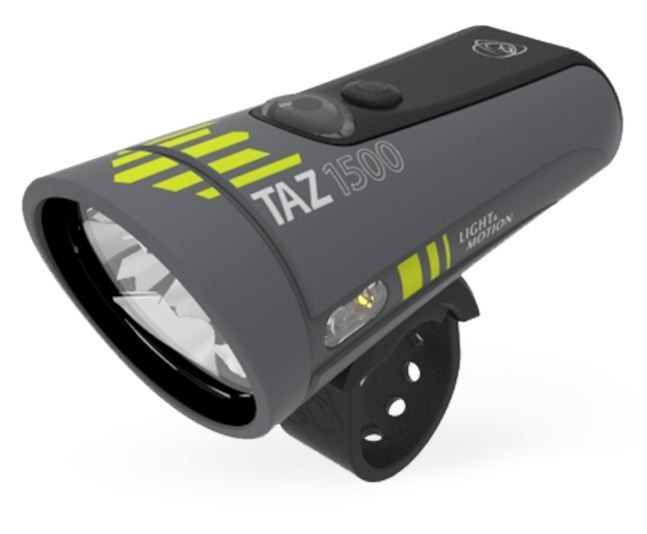 Released in July 2014, the Taz 1500 is nearly identical to its predecessors, the Taz 1000 and 1200. Featuring optics that create a very even beam, the light has a combination of long-distance spot and close-up flood light that works well for riding on any terrain. The light also includes amber side-visibility LEDs that can be independently switched on and off for improved safety.