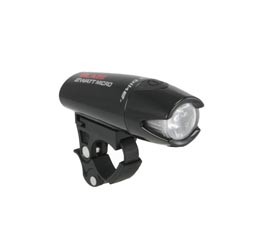 The Blaze 2W Micro is very similar to the previous Blaze lights, but is smaller, lighter, and has slightly better battery life.

All of Planet Bike's Blaze headlights share similar designs and features, and use the same mount. The main pros and cons apply to all three lights.

Review: A small but welcome update to the Blaze series

There is hardly any difference in price between the Blaze 1W and Blaze 2W, although the 1W did have better battery life. However, the 2W Micro beats both on battery life. If you're going to get a Planet Bike headlight, suffice it to say that the 2W Micro is the better light: It keeps everything I like about the previous Blaze lights while adding some subtle improvements to brightness and battery life.